Many LGBTTIQ refugees have been left homeless in recent weeks as the EU-funded ESTIA II housing program ends in Athens. Some could move to refugee camps, but fear of persecution and violence is high. Tabitha*, who now lives at Maison Chacha, said, “I never want to go back to that camp!” The trans woman fled a camp a year ago because she was beaten, taunted and raped there.

Maison Chacha, a 3-room apartment in central Athens, now provides shelter for Tabitha and other LGBTTIQ refugees. In addition, Ali, the project manager of just human, supports them in their asylum procedures and integration.

Katja Walterscheid, board member of just human, was in Athens for the handover of the apartment for Maison Chacha. The apartment belongs to another NGO that, for financial reasons, can no longer care for refugees. just human took over the apartment in order to be able to offer safe housing options to LGBTTIQ refugees.

In order to be able to finance this offer, we are urgently dependent on donations.

Many members of the LGBTTIQ community have to flee their home countries because they are persecuted there and sometimes even threatened with death. Homosexuality is punishable in 69 states.

In Brunei, Iran, Yemen, Mauritania, Nigeria and Saudi Arabia, homosexual people are killed due to anti-human laws. In five other countries (Afghanistan, Pakistan, Qatar, Somalia, and the United Arab Emirates), the death penalty is possible.

In many countries, both state authorities and church representatives* are involved in the persecution of LGBTTIQ. They often deny them any protection from hostility and violence.

Even in their countries of refuge, LGBTTIQ refugees continue to face threats. They are often exploited, threatened, and experience psychological and physical violence.

The realization of human rights for LGBTTIQ is an important goal of just human.

In 2022, just human supported LGBTTIQ who had to flee war and persecution from Iran, China, Cameroon, DR Congo, Morocco, Tunisia and Ukraine. In addition, just human campaigns for LGBTTIQ human rights together with other committed people, e.g. as a member of ILGA, in the alliance “Queer Emergency Aid Ukraine” and in the AK LSBTTIQ of the city of Stuttgart.

Every donation enables support and is an effective sign of solidarity. 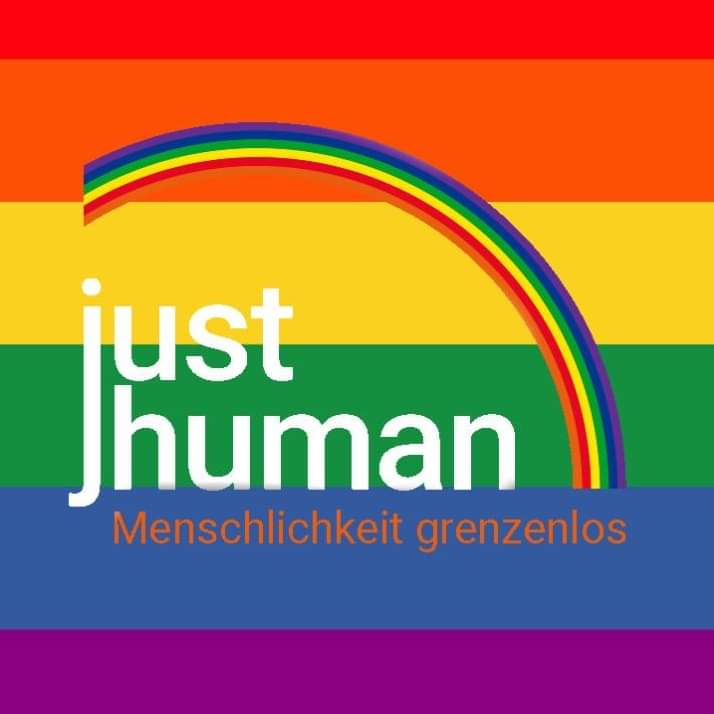